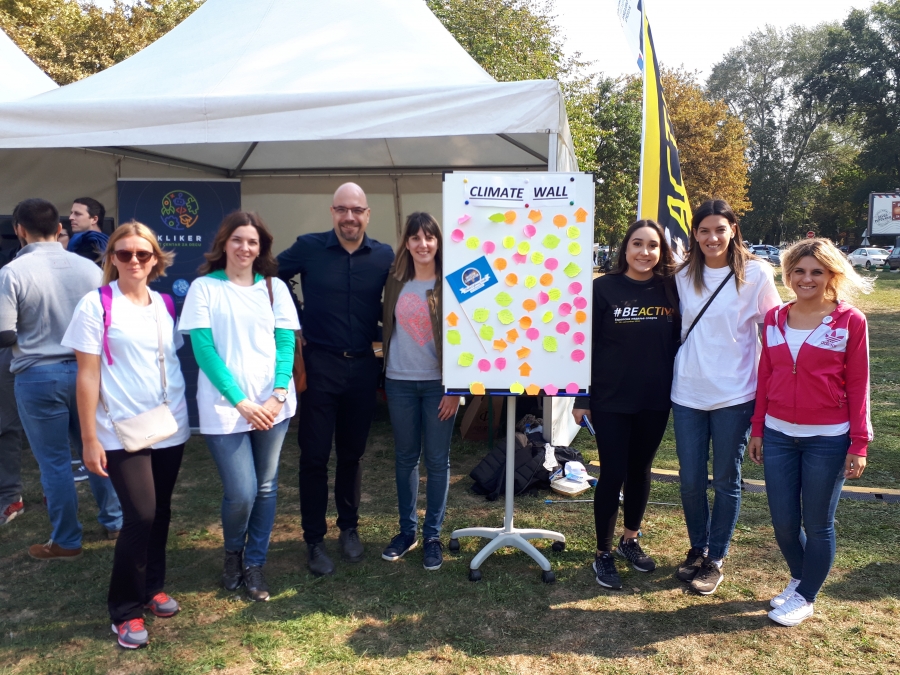 On Saturday, September 29th, from 10.30 am to 5.00 pm, at Ada Lake in Belgrade, one of the most important events of the Climate Diplomacy Week in Serbia was held – the whole day event “”Ada Lake Climate Village”” where citizens were presented organizations and projects that contribute to the fight against climate change and held various actions – from cycling around the lake, educational tours of biodiversity with bird watching and identification of flora and fauna to film projections.

EcoDev organized by the Climate Wall, where citizens and children wrote what actions should be taken in the fight against climate change. Citizens think that it is necessary to turn to renewable energy sources and recycling, that it is necessary to create Strategy and Action Plan against Climate Change, that plastic bags should be removed from use, that more alternative forms of transport should be used, that the education of the youngest on this subject is important, how every type of pollution should be reduced and, as a girl from the age of 8 wrote, “Everything needs to be nourished”.