EcoDev at the EPC 20th anniversary conference: ” The EU at Sixty: Unity or polarisation? 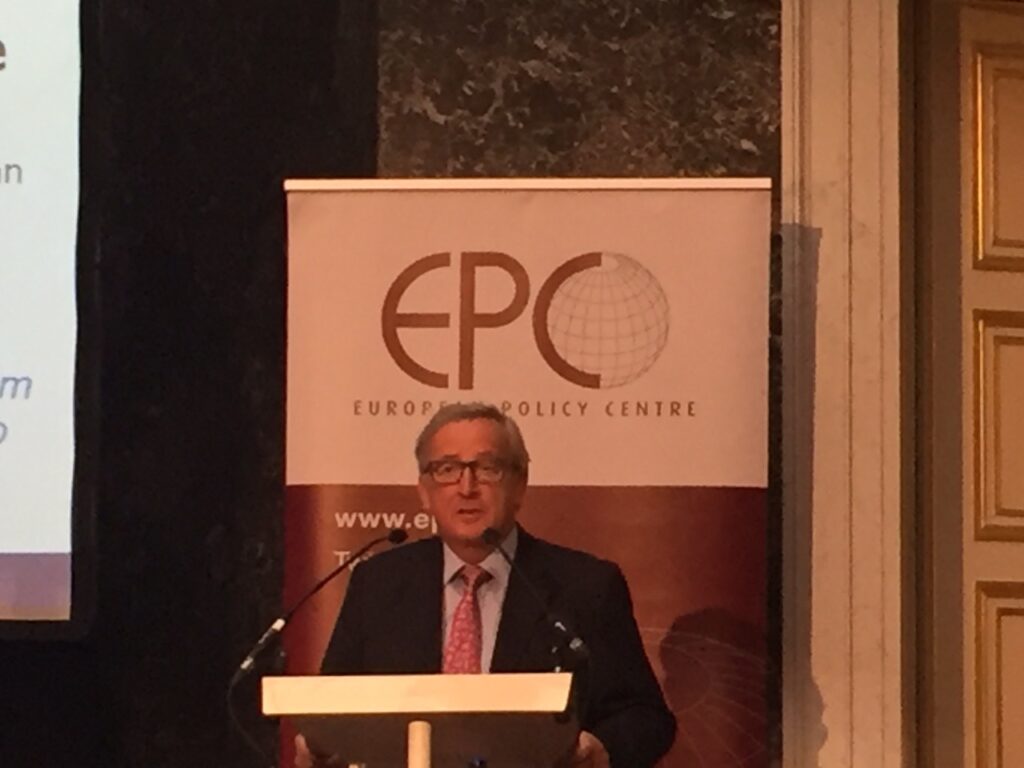 Brussels, 13 October 2016 Ecodev, as a member of the European Policy Centre, participated to the EPC 20th anniversary conference where the key issue was: ” The EU at Sixty: Unity or polarisation?

The conference assembled the speakers at highest political level, which included:

Mr. Jean –Claude Juncker, President of the European Commission, Mr. Martin Shultz, President of the EU Parliament and Mr. Donald Tusk, President of the EU Council amongst others. The main topic of the conference was ” The EU at Sixty: Unity or polarisation?”, which also included a strong emphasis on the rise of populism and nationalism in the EU, as well as inevitably comments on the implications of Brexit (UK referendum vote to leave the EU and its implication so far).

Some of key messages of the high ranking EU officials were:

$1-          Jean –Claude Juncker, President of the European Commission “Our ambition as EU is not only to protect what we have today but to build a better society for tomorrow”.

$1-          Donald Tusk, President of the EU Council: “Soft Brexit is a theoretical speculation. The only real alternative to a hard Brexit is no Brexit”.

$1-           Fabian Zuleeg, Chief Executive EPC: “Work of think tanks is more important than ever for reflection on the future of Europe and quality of our democracies”.

The EPC paper of the conference is a part of this news..