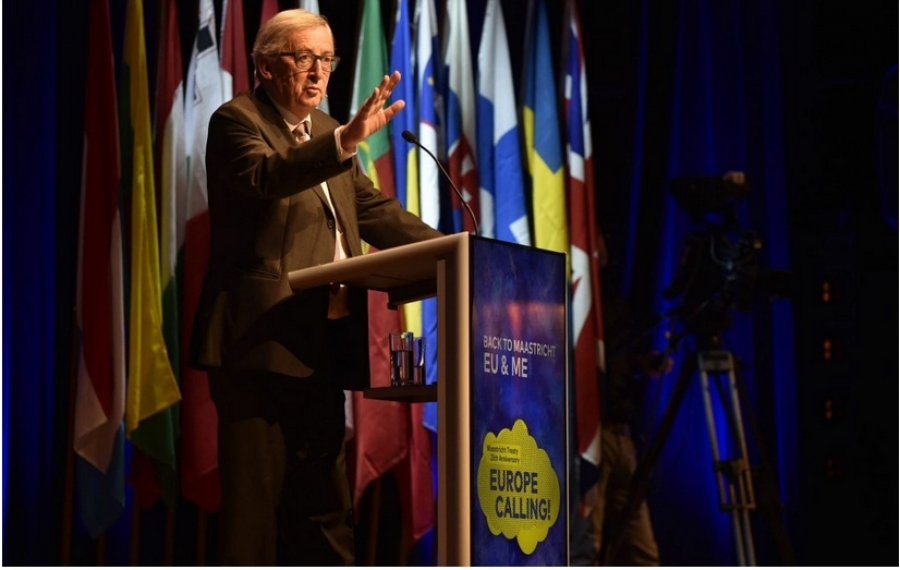 Maastricht, 09 December 2016
EcoDev participated to the event – Europe calling in Maastricht.
In 2017 it is 25 years ago that the Maastricht Treaty was signed in Maastricht: the birth of the European Union and the Euro.

The distinguish speakers of the conference were: the president of the European Commission Jean-Claude Juncker, who gave a speech on his birthday (Congratulation!) and said: “Those who think we can deconstruct the EU…we won’t exist as single nations” was one of the main messages that Mr. Juncker had for the existing Euroscepticism in today’s world.
Martin Schulz the President of the European Parliament, gave his view on the past and current matters. His speech was built on three pillars. Firstly, the Brussels bashing has to stop. Secondly, we have to recognise that the EU is democratic and that if there’s a democratic deficit this is found in the Council not in the European Parliament. Thirdly, we need to provide the EU with tools that enable the addressing of current matters effectively.
Herman Van Rompuy, the former President of the European Council gave a keynote speech wherein he warned against protectionism and that the answer to the enemies of Europe is to keep open minded.