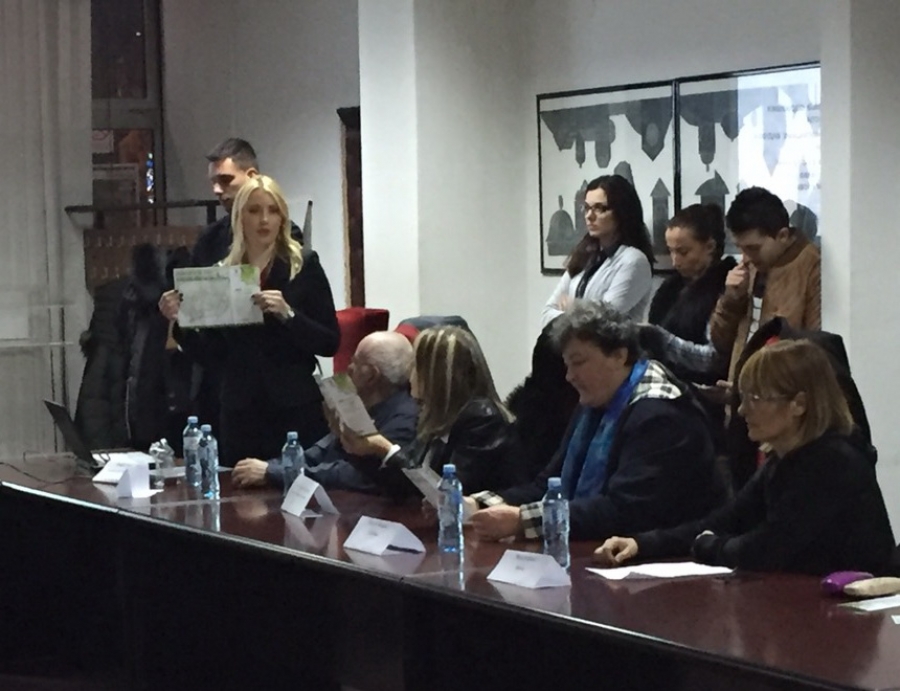 A panel discussion held on 27 January 2016 within the project “Promotion of safe participation in traffic with an emphasis on alternative forms of transport (mobility-walking, bicycle and public transport use) in the municipality of New Belgrade and Zemun.” In the crowded hall of the municipality of New Belgrade, representatives of relevant institutions such as: The Faculty of Transport and Traffic Engineering, the Road Traffic Safety Agency and Cycling associations held a lecture on the environmental aspects of mobility in a safe way.

Project Coordinator Sophie Kekić pointed out that it is necessary to apply the conclusion of the Paris conference of the UN and to keep the level of global-warming up to maximum 2 degrees Celsius, or to reduce the CO2 emissions in the air by 40% through the use of ecological modes of transport.
Kekic also stated that citizens should use more bicycle and other ecological modes of transport to be healthier and preserve the environment, as well as to promote the green jobs such as bicycle courier services.

Representatives of the cycling associations had few complaints related to the Savski nasip (at the Sava bank) in Block 45 where the traffic is not anticipated, but anyway the vehicles pass there; as well as that cycling in pairs in the EU is allowed and that is safer in their opinion; that it is necessary to organize a bicycle courier service because it is faster than any other means of transport.

The project supports the City of Belgrade – Secretariat for Transport.