Public consultation of the Committee for environmental protection of the Serbian Parliament: Systemic solutions in the environment – Serbia 2017 – 2027 – defining the problem 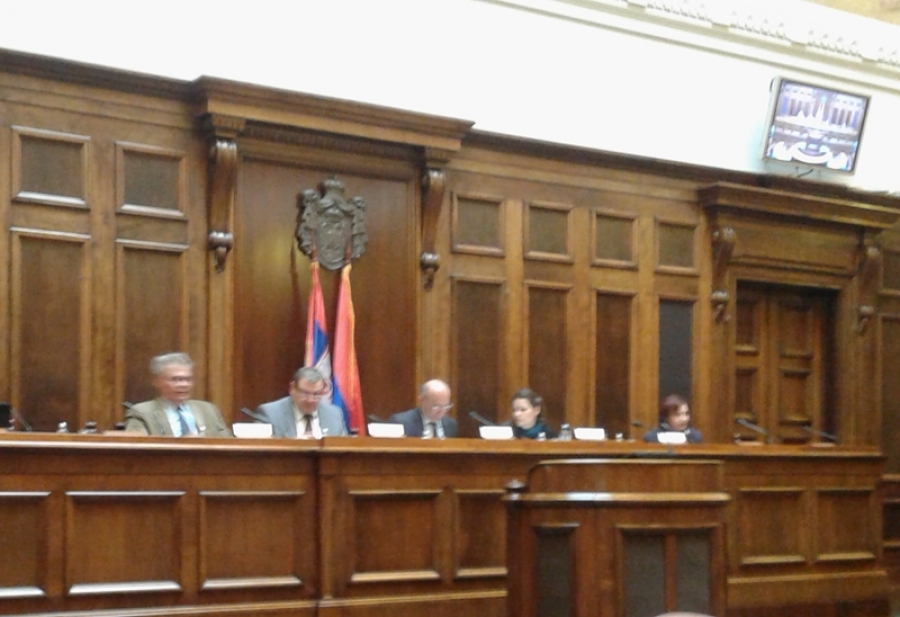 Public consultation of the Committee for environmental protection of the Serbian Parliament: Systemic solutions in the environment – Serbia 2017 – 2027 – defining the problem held in the Serbian parliament on 01 November 2016. EcoDev took an active part in the debate. Sophie Kekic, the president of EcoDev, presented a well received speech which you can read in its entirety below:

It looks like the environmental sector in Serbia is developing slower than the others, and it is clear that Serbia is, at this point, possibly the furthest from the required standards defined in Chapter 27 Environment and Climate change. Therefore, a lot of work remains to be done, macroeconomic analysis and investments – from which about 918 million Euros should be invested in the infrastructure of the waste management sector.

The current post screening document for Chapter 27 envisages the full implementation of the Landfill Directive 99/31/EC until 2032, when the number of landfills in Serbia should be reduced to zero. We believe that this estimated period is unrealistically long and that we should have considerably more ambitious approach to the implementation of the Directive. If Europe is aiming at zero landfill by 2020, then Serbia definitely has to decrease the time delay from 12 to 6 years and thus significantly increase the quality of life for its citizens. Regarding this, perhaps we should examine the financing models where we should emphasize public-private partnership as one of the most successful models in countries that have gone through similar process.

Implementation of this Directive will require significant investments, but it should be seen as a major opportunity for economic growth in this sector and creating a large number of new job positions. Regarding this, we have launchedan initiative and study for the integration of green jobs into  Serbian national statistic system in order to measure the effects on the economy. We think that the future action plan for the Chapter 27 will enhance the position of the Working group which will be stronger in negotiations if it contained macroeconomic effects of circular economy in terms of measuring the return on investment and effects on GDP, increase employment, creation of new companies and, in general reduction of pollution. EcoDev is here to help with the implementation of this process.

We also wish to emphasise that one of the priorities in the Waste management sector is the energy production from waste using the gasification system in the reductive atmosphere (with reduced emissions of carbon dioxide) which would include cogeneration of thermal energy and electricity. Candidates for this technology are all major cities in Serbia (over 100 000 population).

Finally, as far as investment is concerned which is necessary in order to get our country closer to EU standards in the environment, we must have in mind that a complete environmental sector, especially waste management should be seen as a future source of economic growth and a creator of a large number of new jobs.