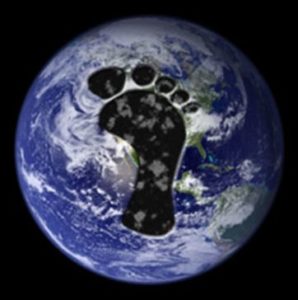 Preventing dangerous climate change is a key priority for the European Union. Europe is working hard to cut its greenhouse gas emissions substantially while encouraging other nations and regions to do likewise.

At least 40% cut in greenhouse gas emissions compared with 1990

At least 27% of total energy consumption from renewable energy

At least 27% increase in energy efficiency

By 2050, the EU aims to cut its emissions substantially – by 80-95% compared to 1990 levels as part of the efforts required by developed countries as a group.

The EU is pursuing its climate targets through a combination of financial support and regulation.

The EU’s emissions trading system is the key tool for reducing greenhouse gas emissions from industry at the lowest cost.

EU countries are required to support renewable energy sources such as wind, solar and biomass to reach the green energy targets.

EU countries have to reduce the energy use of their buildings and industries are required to improve the energy efficiency of a wide array of equipment and household appliances.

Car manufacturers have to reduce CO2 emissions from new cars and vans.

The European Commission has adopted an EU Adaptation Strategy and wants all its Member States to adopt national plans to cope with the inevitable impacts of climate change by 2017. A number of Member States have already developed adaptation strategies.

For example, this includes measures such as:

Global warming has to be limited to below 2°C compared to the average temperature in pre-industrial times to prevent the most severe impacts of climate change and possibly catastrophic changes in the global environment.

This was agreed by almost all countries worldwide in 1992 under the United Nations Framework Convention on Climate Change (UNFCCC).

The latest scientific evidence suggests that, if little or no action is taken to reduce global emissions, by the end of this century global warming is likely to exceed the 2°C target and could be as much as 5°C.

The EU is part of the new global climate agreement agreed in 2015 and due to be implemented from 2020.

The EU has committed to a second phase of the Kyoto Protocol running from 2013 to 2020.